JMW on the STEAM picture 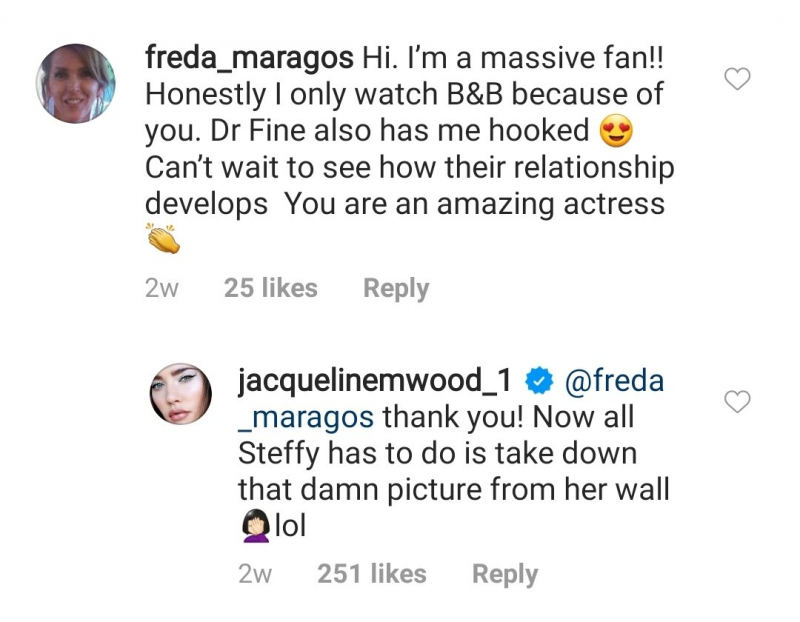 Meh. If she was really serious and respectful to Finn, she would have taken it down before she initiated the first kiss. It's a little too late now. She is dating Finn but the portrat is still there ---> Finn is her 2nd choice.

Furthermore She keeps saying this picture if only for Kelly. If she takes it down and puts in in Kelly's nursery now, what does it say about her? Either she was lying all along and the picture is for herself, or she doesn't care about Kelly anymore. She looks bad in both cases.

no she doesnt. how was she to know she would fall for Finn?
when she is ready to commit to finn the photo will come down and that is good enough

Then it means she was lying every time she said the picture was for Kelly. If this is for Kelly and has nothing to do with her dream to have a future with Liam, then it should't go down. Kelly should still be able to see her parents happy and Finn would understand.